Wondering how to help your patients to heal faster? Discover the daily home moxa method from Japan that you can easily teach them to get rapid results. Kurakichi Hirata was a medical student by day—and a rebel by night. Critical of Western medicine, he pioneered a holographic system of dermatome stimulation using a heated probe—designed to trigger the body’s self-healing mechanisms and empower laypeople to treat themselves. Hirata’s first book in 1933 was a runaway bestseller. In the West, however, the tools used in Japan to heat the skin were unavailable, and his system is not well known. Now, nearly one hundred years later—Hirata Zone Therapy has found new life with the integration of Ontake Warm Bamboo, a simple-to-apply moxibustion tool.

Using Hirata’s holographic mappings, heated bamboo is applied rhythmically on the skin to trigger the body’s self-healing. Hirata’s primary goal was to create a system that was easy for patients to learn and apply to themselves. This is again possible with the application of a new moxa device that is not smoky at all—Ontake Warm Bamboo. Easy to learn and simple to practice, this method will provide you with a straightforward approach to healing yourself and treating others. 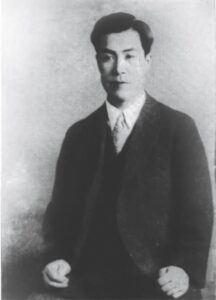 Forty years after Hirata’s death in 1945, his ideas were taken up by the renowned Japanese MD and researcher Yoshio Manaka, author of Chasing the Dragon’s Tail. He developed the method further, adapting it to his four-step healing system and writing another book on the subject.

HZT can be used to target symptoms by boosting the body’s self-healing mechanisms. It can be applied to specific parts of the body or as a whole-body routine. It can be combined with any style of acupuncture and bodywork practice or used as a self-healing method at home. You will learn to apply Ontake Warm Bamboo using Hirata’s basic model and Dr Manaka’s variations and interpretations.

The method can easily be integrated into your own system of healing, but practitioners can benefit not only by learning a simple moxa method to apply in clinic but by teaching it in turn to their patients as a moxa routine for home treatment.

This one-day workshop includes lectures, demonstrations and practice. It covers everything you need to know to find Hirata’s zones on the body and apply Ontake to treat a variety of conditions.

The workshop is open to acupuncturists, healers and bodyworkers with a working knowledge of Ontake—this includes anyone who has studied Ontake with Oran Kivity, Marian Fixler or Felip Caudet before.

By the end of the course, you will be able to:

Veteran British acupuncturist Oran Kivity trained in Europe, China, and Japan. In continuous practice since 1987, he specialised in Japanese methods and was one of the founder members of Toyohari UK, the British branch of the Toyohari Association of Japan. He taught acupuncture at the University of Westminster and the Northern College of Acupuncture for ten years.

Oran is the author of four books about Japanese acupuncture and moxibustion, including the popular Hirata Zone Therapy with the Ontake Method. Passionate about acupuncture and learning, he continues to teach internationally and has a successful habit coaching practice online, working with practitioners all over the world to develop their practices.